Fill in the blanks

(1) According to the opinion of —— atoms are indivisible.

(5) The number of protons in the isotopes of an element is ——. 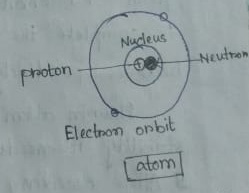 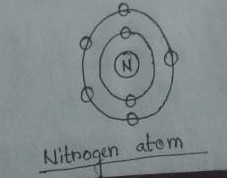 In agriculture, the radiation from isotopes are used to control insects, it can be used to find out what type of fertilizer and what amount of fertilizer is needed for a specific crop.

(4) Let us consider sodium atom and fluorine atom. We know sodium atom has 11 electrons (2, 8, 1). For stability it needs 2 electrons in the outermost orbit. It can either lose 1 electron from 3rd orbit or can grabs 1 extra electron to complete the 3rd orbit. By losing 1 electron it becomes positively charged and it forms cation.

Flourin atom has 9 electrons (2,7). For stability it needs & electrons in the outermost orbit. After receiving one electron from outside it becomes negatively charged and it forms anion.

(b) The atom which lose electrons and becomes positively charged called cation.

(b) When it is said that the atomic number of oxygen is 8, this means the number of protons in oxygen atom is 8.

(c) Fig-1 of stimulus has 11 electrons in order (2, 8, 1) that means its 3rd orbit is not complete. So it always has a tendency to lose 1 electron to fulfil the last orbit for stability. That’s why it is active.

(d) Number 1: According to the atomic structure of no. 1 atom, there are 11 electrons in the order and as we know in an atom, electron’s number = proton’s number so, there are 11 protons. The atomic number of this atom is 11.

Number 2: According to the atomic structure of no. 2 atom, there are 1 electron and 1 proton. The atomic number of this atom is 1.